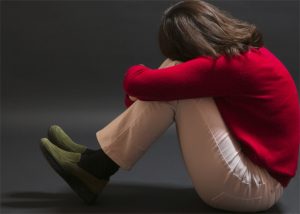 While members of blended families are concerned with dancing to different tunes and not stepping on each other’s toes, there is another member of the stepfamily, who may appear, to some, as the wallflower (male or female) – the single parent who doesn’t have a Significant Other.  Single parents don’t think of themselves as part of a stepfamily but they are…an important one.

The single parent may be debated as an object of derision by the new stepparent and/or the former spouse, hopefully not.   S/he can be a welcome relief pitcher to take the kids when things are too unwieldy or an emergent problem arises.  That same single parent can be a wonderful source of information.  S/he may provide new  perspectives to a stepparent about the children’s development and past experiences as well as their quirks.  In good post-divorce situations, single parents  provide reinforcement for specialized study plans, behavioral guidelines, etc.  Lastly, but crucial, never doubt  that the single parent also has the love and allegiance of his/her offspring.  Children need to feel good about both parents to feel more positive about themselves.

Single parents have their own perspectives about their position in the stepfamily.  Some feel  out of the loop, somewhat of a “lonely only”, especially when their children are at the other home.  Isolation or a sense of loss may occur when one’s former spouse has more children with a new partner.  If your self-esteem is shaky, it may seem as if the other household has more to offer, teeming with life.  As one newly single mother reflected, “There’s more joy around the holiday table in numbers.”  Invite friends and relatives but  keep in mind  that a smaller grouping can allow for more intimacy and sharing.

The single parent, not residing with family, has to do it all alone. No one  shares the household chores and parenting responsibilities. There may be no one to fall back on  when s/he is not feeling well, has to bring work home from the office or is going to be late.   One inexpensive and reliable solution is to form a babysitting coop with friends.

Discomfort may arise from a number of sources for a single parent.  There are the vagaries of reentering the world of dating, with children.  Sometimes married friends drift away and/or maintain social contact with one’s former spouse (especially when former spouses are still battling and their friends don’t want to be in the middle).  Single mothers often find themselves dropped from couple-oriented social get-togethers and are relegated to seeing their married girlfriends at lunch.  Older, single mothers commiserate about being invisible, older, single women in a youth-oriented society.  Feelings about this social sitation may be intensified by having had a former spouse who left for or married a younger woman.  Remember. in today’s world, one is never too old…60 is the new 40.

Single parents  deal with a “two against one” mentality when trying to settle parenting disagreements with a former spouse and their new partner.   One can imagine when this sort of standoff might arise…”Daddy and Anne say I can stay out all night for the prom,”etc.  Maintaining a good, working co-parenting relationship with your former spouse reduces children’s manipulations.

Being  alone can be uncomfortable at public events when both sides of the family are likely to attend. Family gatherings may be awkward because they are usually smaller and more intimate. Religious rites of passage, birthday parties, weddings, having grandchildren and celebrating other special moments can be a challenge to one’s resilience, maturity and dedication to one’s children.  Working things through with a former spouse is a relief to everyone, on these occasions, and a special gift to your children.  You, too, will likely feel more at ease.

After a second divorce, different issues may arise for divorced parents who are both single again. Each parent may have renewed, upset feelings about the romantic life of the other.  It is useful to understand the source of such feelings and get past them.  Sometimes it may seem more permissible to intervene in what goes on at a former spouse’s house when there is not a new partner. When the war continues to be waged on two battlefields….not a good situation. Having two single parents  is especially difficult for only children and those whose parents go through multiple divorces. With no full-time partner to distract and absorb them, some parents seek emotional gratification from their children, instead of other adults.  ALL parents, married or divorced, need to adapt to a new level of ‘separation’ with a support system other than the  children.

Single parents in stepfamilies  benefit from forming  a new lifestyle.  The more you value yourself and feel competent, the more you feel entitled to happiness.  Developing a good self-image which goes beyond one’s role in the family. Friends, work and interests fill in some of the gaps left by a former spouse.  When we feel reasonably good within ourselves, we are in a better position to utilize outside supports.  If this is not your profile, support groups and workshops are an excellent solution to meeting others who “know what you are talking about”.  A stepfamily therapist can be invaluable. There are many avenues to be single, but not alone.  It’s worth taking a stroll !