Although divorce rates have stabilized and appear to be inching downward, couples between ages 50 and 64 are increasingly choosing to come apart. In 1990, one out of ten, in that age group, were getting divorced.  Now it’s more prevalent. 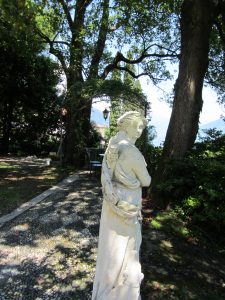 Here are some of the reasons for gray divorce:

The consequences for the above are numerous.   Couples may be severing a relationship that began as young adults or even younger. The leaver may feel the pressure of time and want to act on feelings they have been harboring for some time.  Those who are left often feel confusion, anger, helpless during and after the divorce.  The divorce news is a major and unexpected change in life, when a spouse may be experiencing the physical and emotional aspects of being fifty plus.

Many, fifty and older, are part of the sandwich generation, coping with elderly, more needy, parents and dealing with their own children, ranging from teens to college age or even married, but still looking to parents for guidance and help. While adjusting to their middle age, they feel squeezed at both ends.

Often men, during their silver years, don’t have the same support system that women do and they isolate, possibly affecting their emotional and physical health. They are less inclined to discuss feelings.

Divorce ‘survivors’ are expected to get over grief sooner than those coping with the death of a spouse.  In death, fate ‘decides’; in divorce a spouse decides, leaving the ‘left’ feeling worse, abandoned in a different way, especially if they also need to deal with the fact that a new person is chosen.

If it is a second or third divorce for the person who didn’t make the divorce choice, the trauma of the earlier partings can exacerbate current feelings of loss, fear and anger. “Here I go again.  How will I ever trust?”

Despite all of the consequences listed above, gray divorce can offer new possibilities, if one explores new ways to cope and grow.  It’s a time to spread wings and be open to   new people and experiences as well as deepening old relationships.  Most important is to look at the ledger of your life – understand –  and love yourself.